Last week, 2 of my best friends (one who drove up from New Jersey, and one who got spring break during student teaching) and I got to spend a lot of time hanging out. I was able to work out my schedule so I had a couple days where we could just have fun, relax, etc. Since we are all graduating and literally going to different countries in a couple months, it was great to get this time to reconnect and spend some time just sharing. Girl talk. All that. Just having fun. 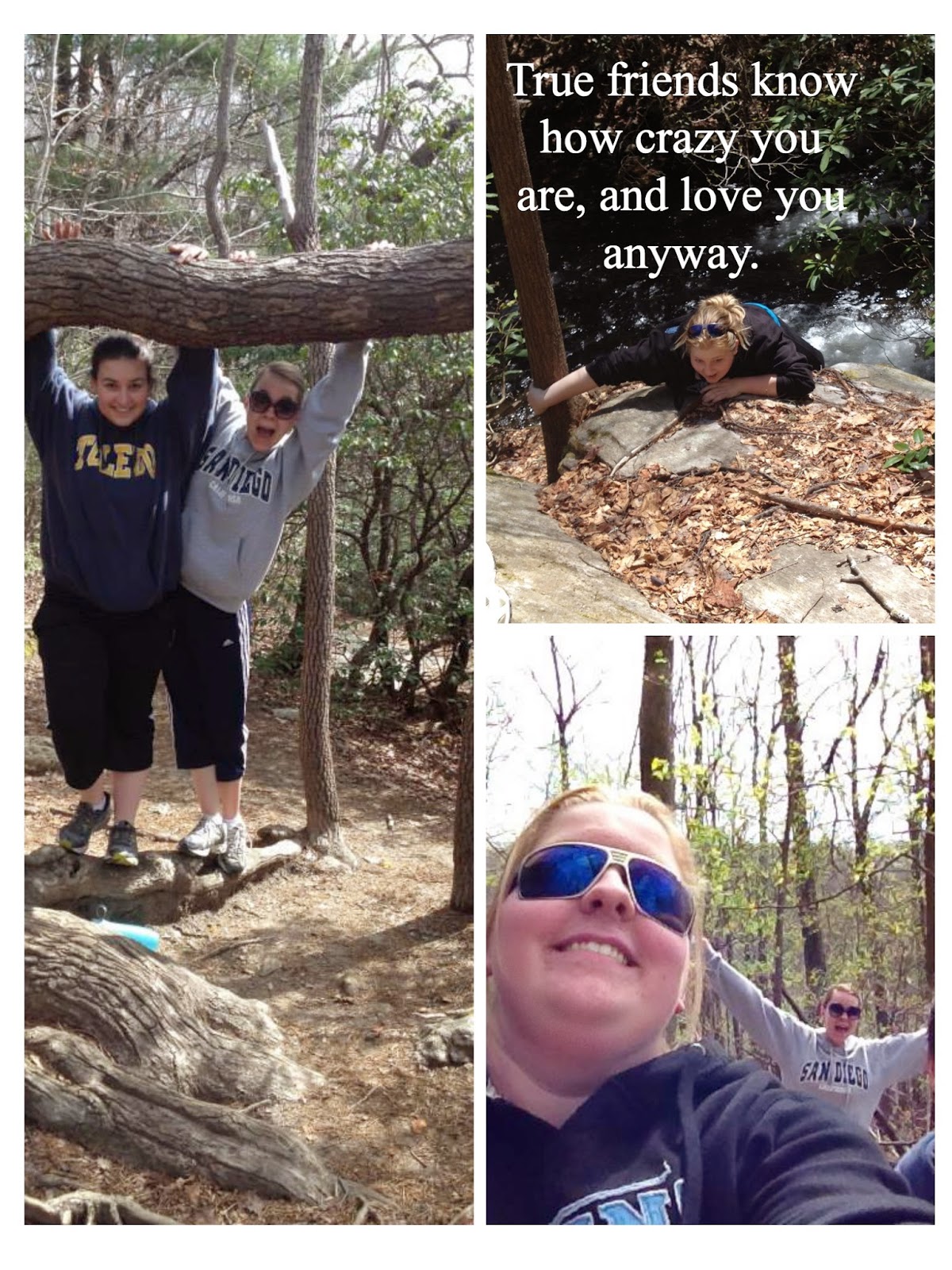 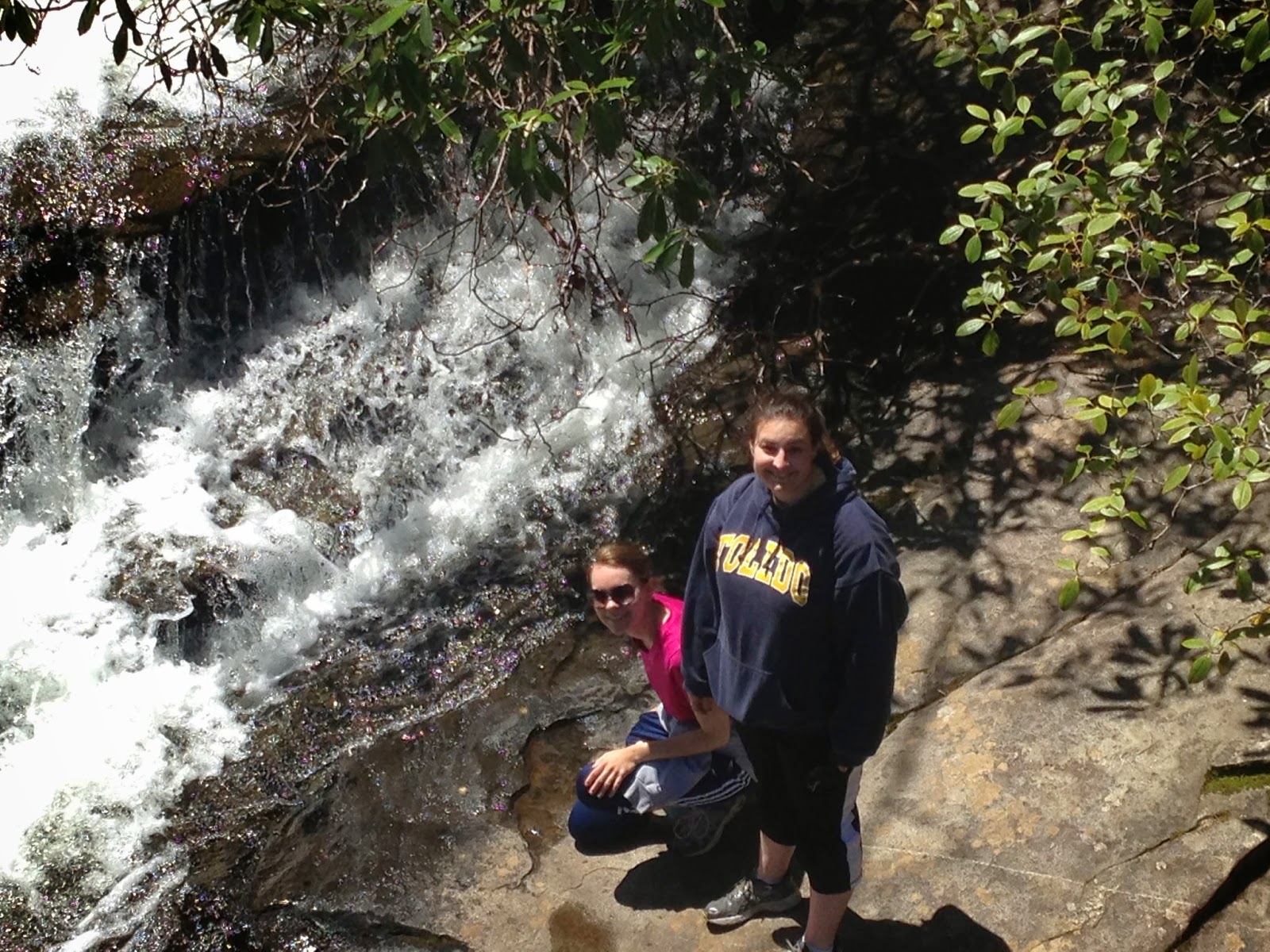 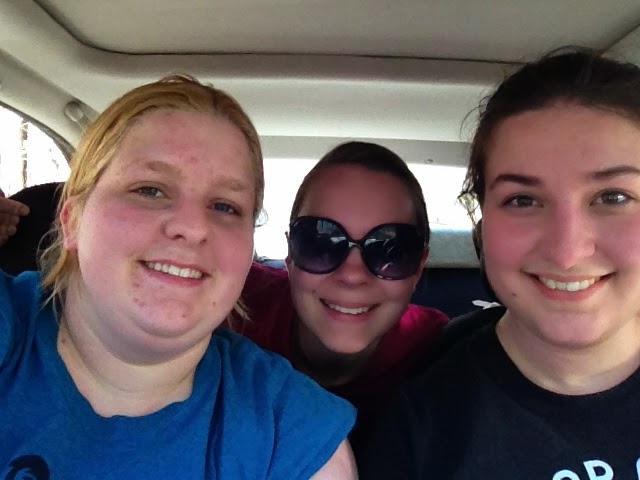 On one of the days, we decided to go hiking. Let me mention something. I am NOT an outdoors, exercise, lover. I’m just not. If you see me running, you should run too. Because there are only 2 reasons I will run—something is chasing me, or there is bacon at the finish line. My idea of having fun outdoors is reading a book in a screened-in porch. My favorite sport is ping pong. But I do love hiking. For some reason, not sure why. So we went to Caesar’s Head, and decided, since we are all seasoned, expert hikers, we would try an 11 mile hike to Raven’s Cliff Falls. We actually finished it too. In 3 hours, 40 minutes. Because my friends are beast and they pushed me. But it was a lot of fun. Caesar’s Head is a mountain. So there was a lot of uphill stuff at some point. And we found out that the trail back was closed, so we literally had to do every inch of the trail twice. 5.5 miles out, and 5.5 miles back. And every inch of downhill during the first part was torturous uphill on the way back. We learned that the hard way. But I’m getting ahead of myself. 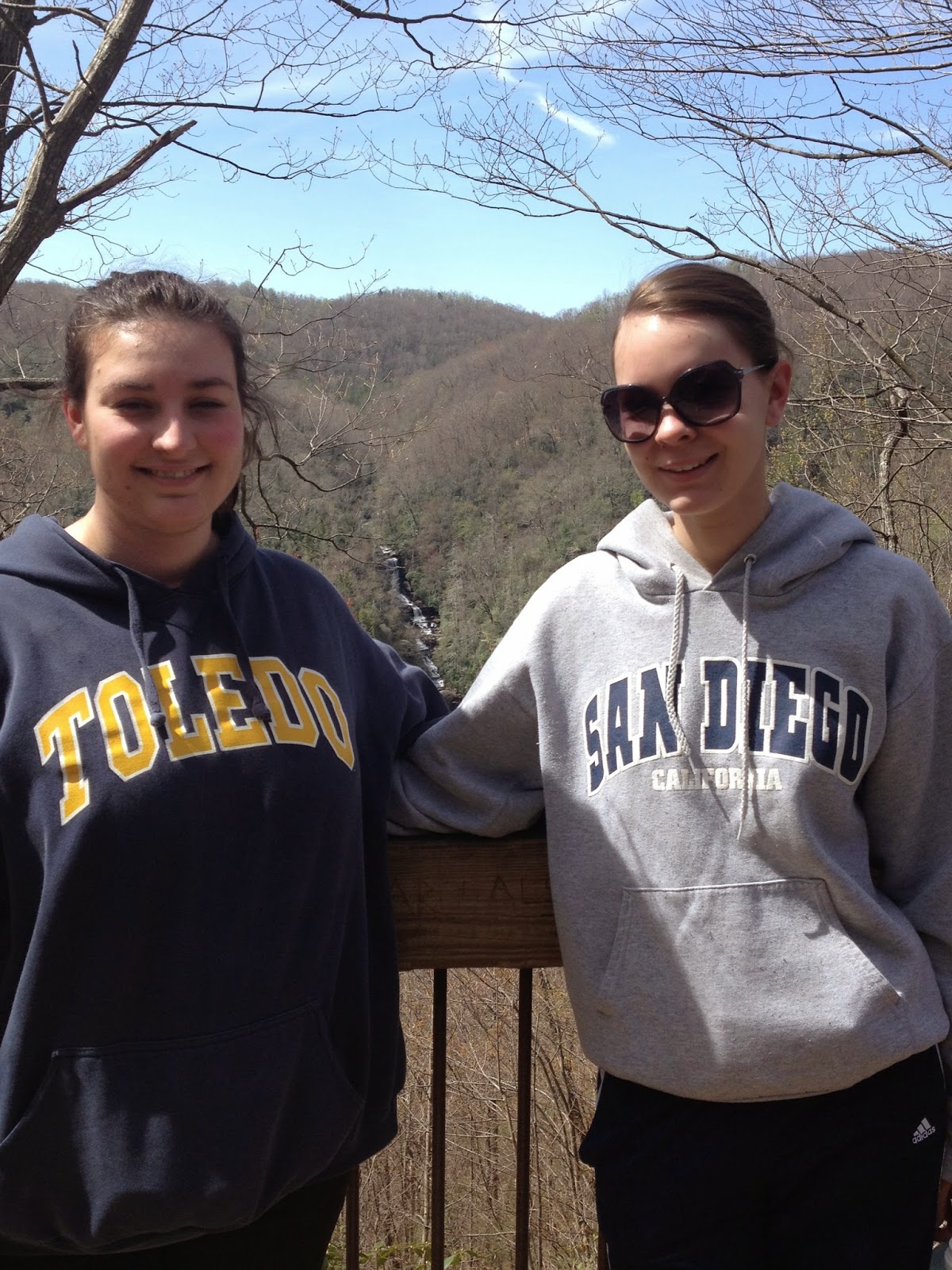 Lesson 1: God cares about the little things. We prayed for a nice day. We could not have put together a more beautiful day. It was perfect. The sky was clear, the weather was gorgeous. It wasn’t too hot, it wasn’t cold, and there was a nice breeze. There wasn’t a lot of people around, and none of us got eaten by a bear. OK, that isn’t a little thing. But we also didn’t see any snakes or giant spiders. So that’s a praise, right.
Here are my beautiful friends at the overlook. You can see Raven Falls way in the distance. About 5 miles away—we hiked over to it.

Lesson 2: God is a God of Beauty. I’m not even going to try and talk. Just check out the pictures.  And it was so much cooler in person. There were times when all we could say was “Wow!” 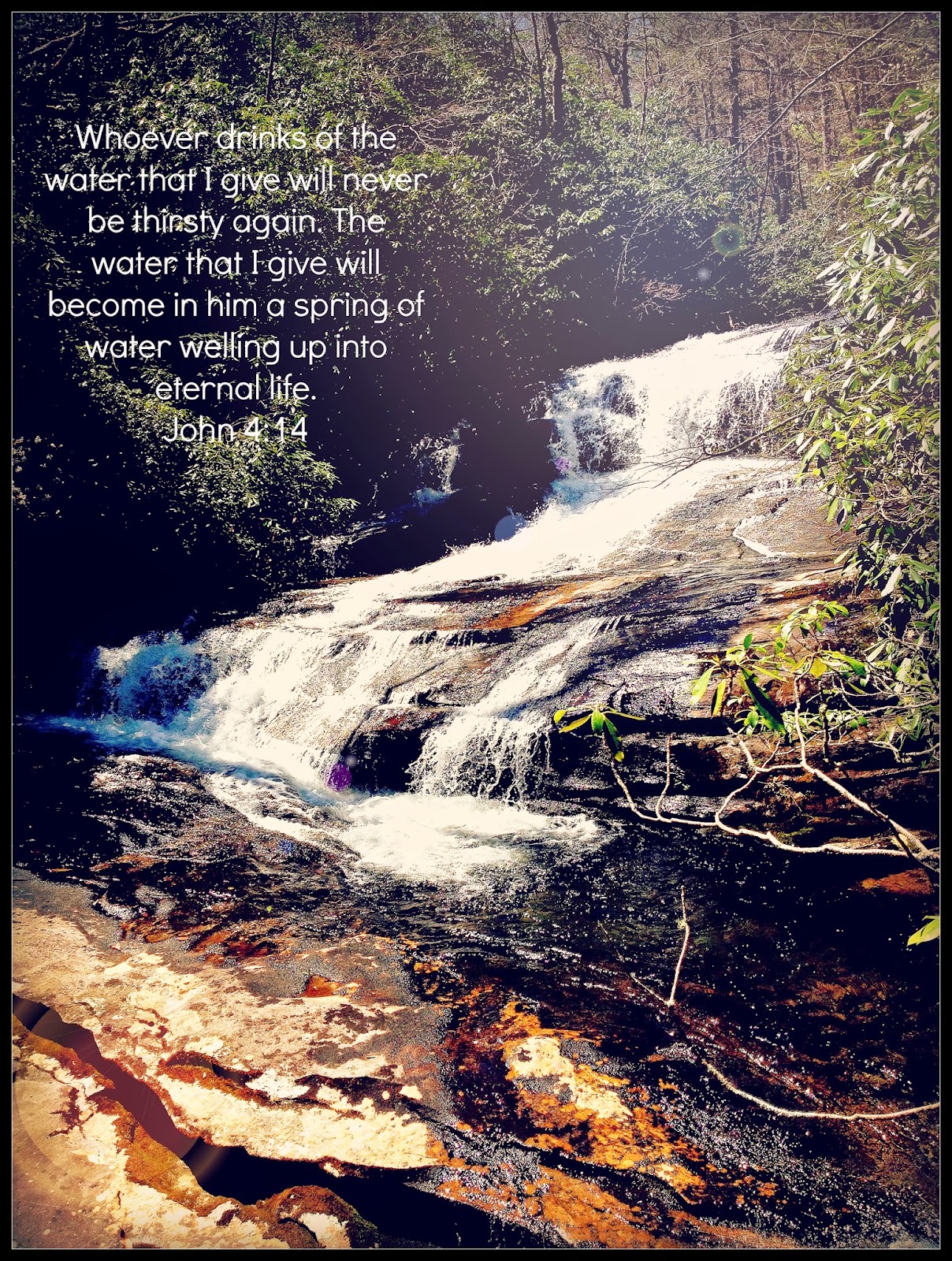 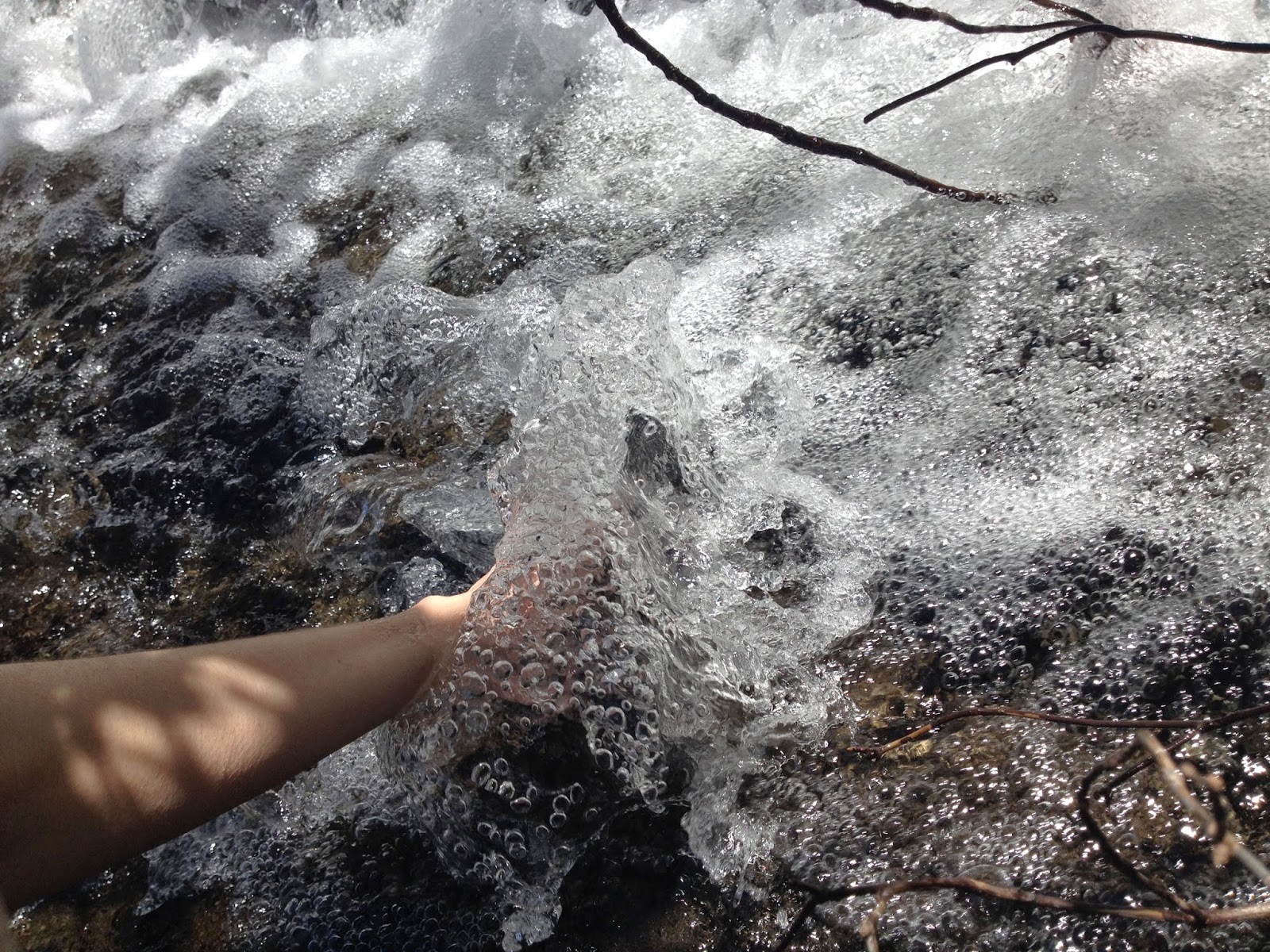 Lesson 3: God taught me again how important my friends are. We talked about everything--from the weather, to our devotions, to Sherlock (BBC version, obviously), to church stuff. school stuff, and future plans. In a few months, we could literally be in 3 different countries--on different sides of the globe. So we really needed this chance to get together, reconnect, and just have fun. My friends are awesome. I can't say that enough. I have the greatest friends in the world, and I love them so much. Phil. 1:3--I thank my God upon every remembrance of you--is a great verse for my friends. 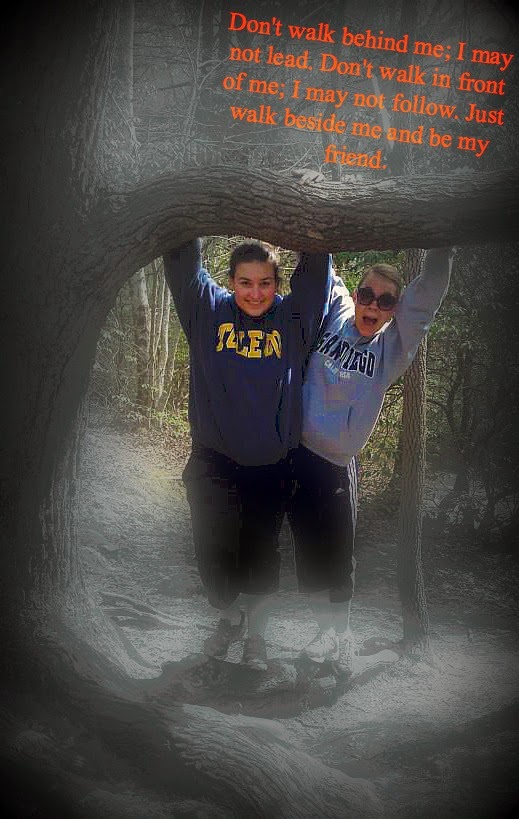 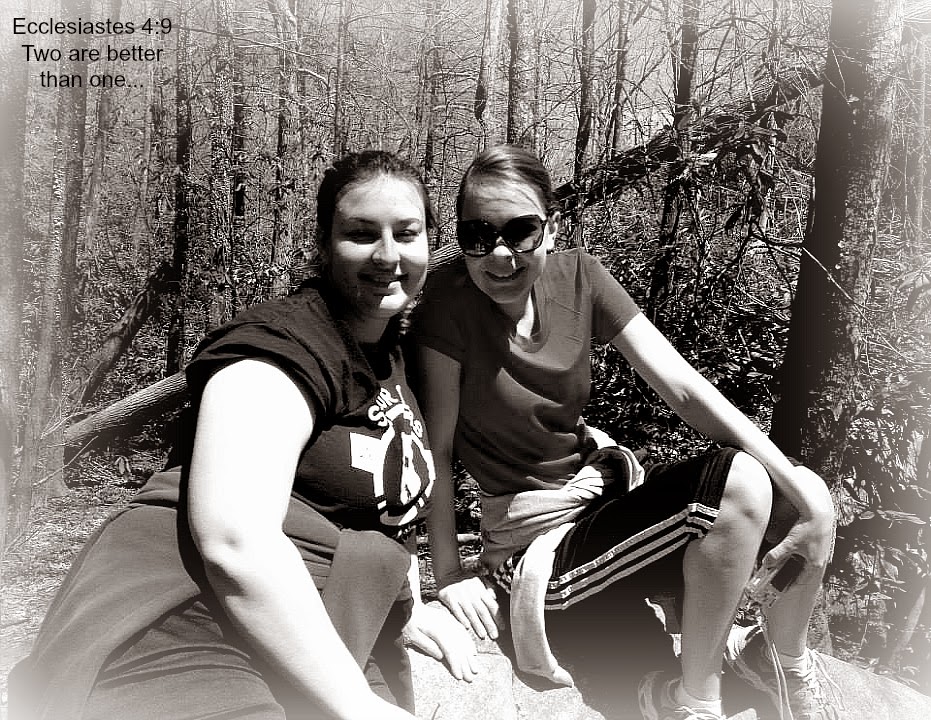 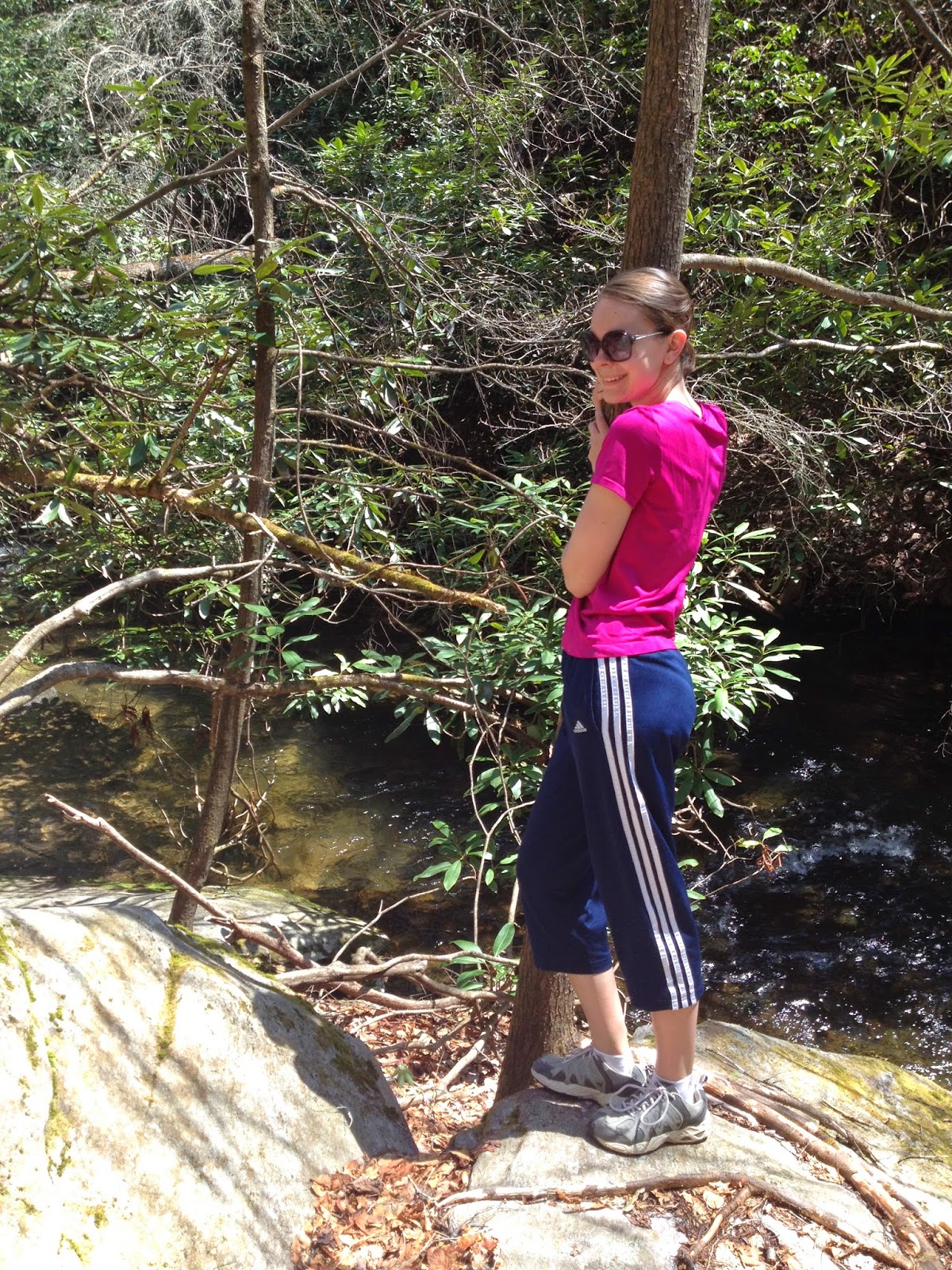 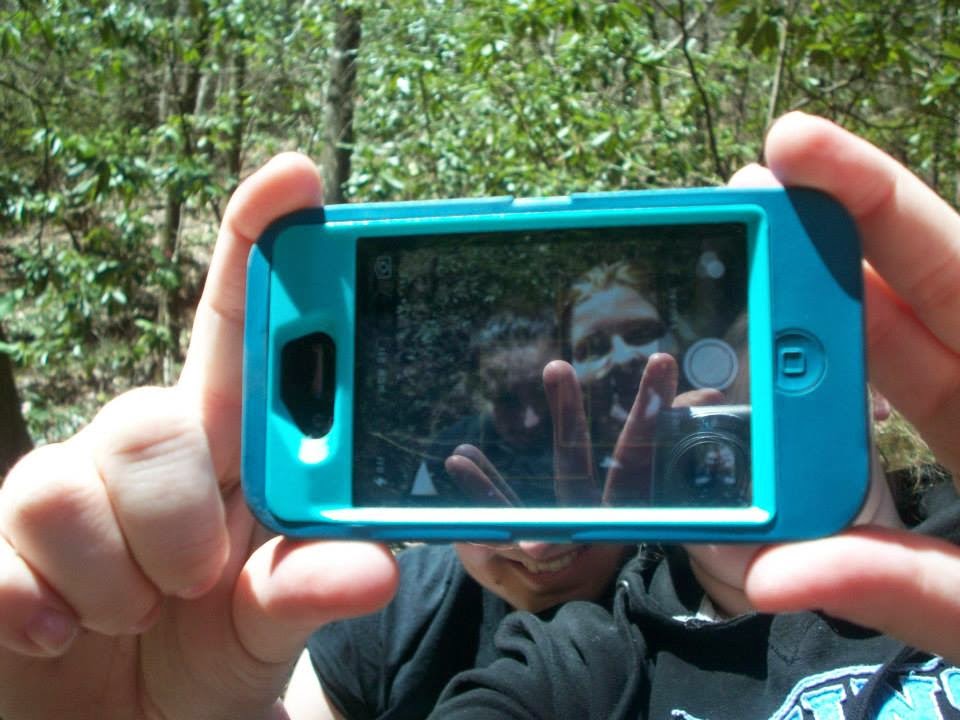 Lesson 4: This is probably the biggest lesson that I’ve been dwelling on since surviving this 11 mile hike. The first 7 miles or so were no problem. But then we were on our way back and we hit a stretch that was a lot of uphill. By this point, I was getting really tired. We were on a mountain, the air is thinner, and I was running out of breath. Did I mention that I have asthma? I literally had to stop and fight to breath. It hurt to get air into my lungs. My friends were a little worried, and I was to focused on not dying to stress. OK, I wasn’t dying. But I was seriously having a hard time breathing. And I knew if I stopped, sat down, and took a break, I would not be able to finish. We were 4 miles away from everything and we had to keep going. So once I caught my breath, we started going again. We were so close to the end. We could see the glint of the sun off the roof of the car. And then we had to go down a hill and back up, across a road, and across the parking lot. Then we could get in the car and sit down. For some reason, Beca got a burst of energy. Not sure where she got it from. But Lisa and I—no such luck. We got the downhill part no problem. But then we looked and saw this. 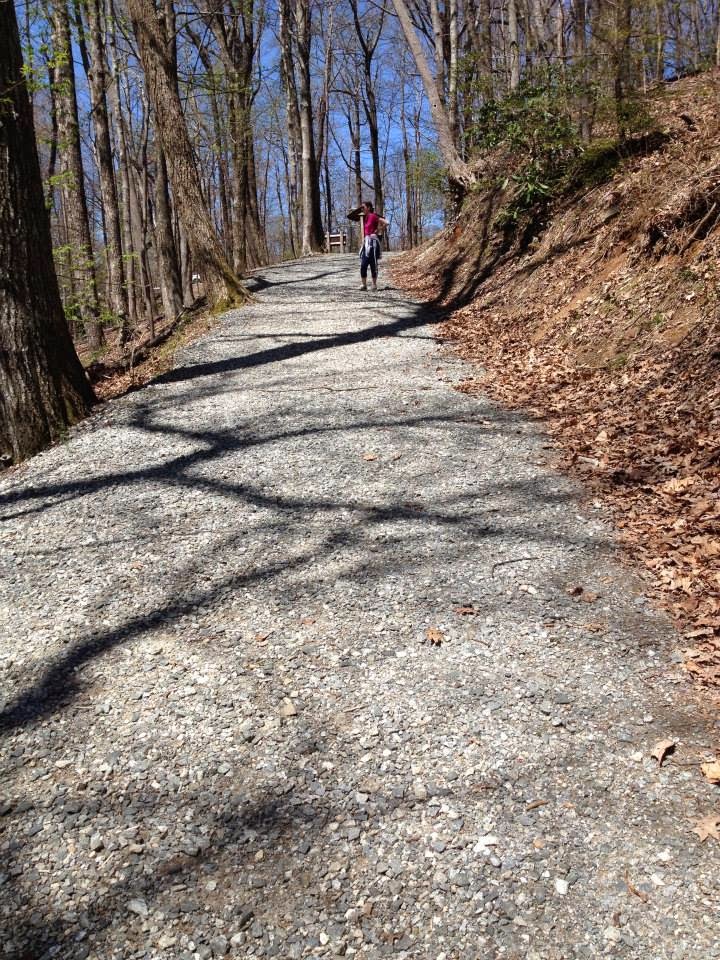 We weren’t sure if we could make it up. It was one of the hardest things I have ever had to do. Physically, I mean. Make my feet move in front of each other to get up that hill. I had rolled my ankle a couple times, and every step felt like pure torture.

Yes, I know I’m a wimp. But my idea of a good workout is playing a round or 3 of ping pong. The longest hike I had ever taken before this one was about 7 miles.

We knew the end was so close. Literally about 200 feet away. But convincing our legs to make it the rest of the way? Really really hard.

Have you reached that point, friend? Maybe as a student? The semester is winding to a close, but you don’t know if you can make it? You’re so close, but you want to just give up and cut your losses? Maybe in life? You don’t know what the point is and why you try so hard to serve God, when it seems that nothing you do matters? Everything you do seems a failure. You feel like it’s better to just give up.  People won’t really care if you just quit.  It won’t matter if you stop trying. Someone else will pick up the slack.

We need each other. I couldn’t of kept going if I had been hiking by myself. I would of stopped, taken a break, and probably fallen asleep. Then getting up and walking would have been so much harder. Trust me, I tried later that night. Moving and walking was even worse than it had been earlier. My friends were there, and when I couldn’t keep going, they helped and encouraged me. When they decided that the whole hiking idea was stupid (which we all reached at some point that day), we came together to make ourselves believe that it was worth it. There are going to come days when you feel like you can’t go any farther. There are even days when you will collapse under the pressure. But reach out to those around you. Let them remind you of God’s goodness. Of His promises.

I read this really cool quote thing in my devotions the other day. 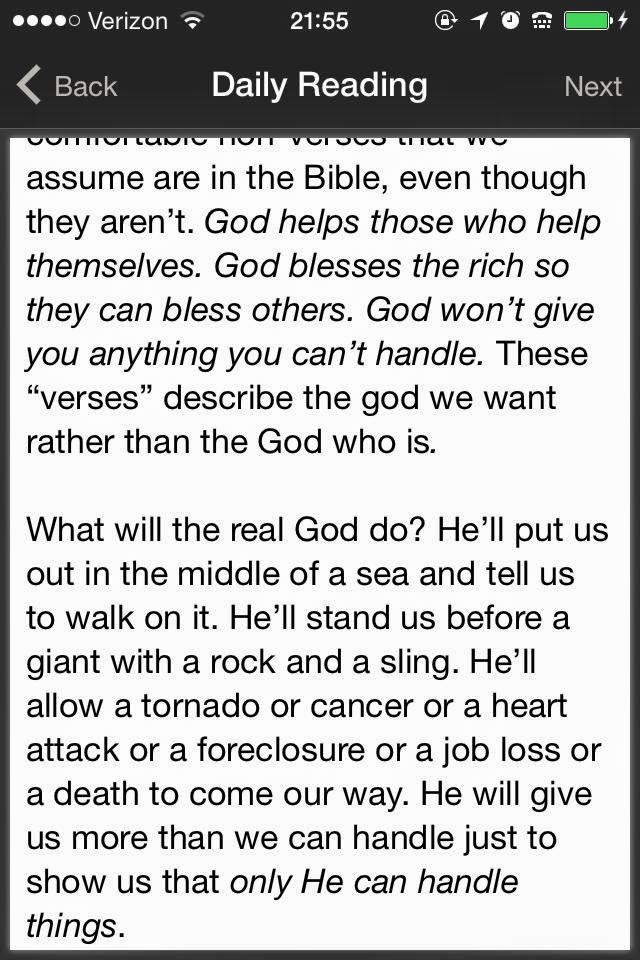 Christ has promised to give us strength and never to leave us.
Claim His strength. Live in His power. Conquer that mountain! Don’t give up in the uphill stretch. And when you’re in that trial, that peak that seems to never end, keep pressing on. You don’t know where the finish line is.  It might still be 4 miles away. But it could be over the next hill.  God doesn’t always tell us when the trial will end. He doesn’t always tell us the point. He doesn’t always promise to make it easy for us and remove it when we ask. But He does promise to give us the grace and strength we need to survive it. And He promises to carry us through it.

He
Will
Never
Leave
Us
Alone.

I can trust when I’m climbing the mountain. Even though it seems insurmountable, the end will come. And God will be there the whole time.

And I will be able to look back and know that it was worth it. If we had not kept going, we would not have gotten to see the falls up close like we did. They were so gorgeous. And breathtaking. It was amazing. And now, a week later, I can say that it was totally worth it. I’m never going to forget what it was like. I’m so thankful I got to see it, even if it meant forgetting what being able to breath was like for a while.
God is good. He will carry us through. And it will be worth it—whatever it is. Because it was a part of His plan for our lives. 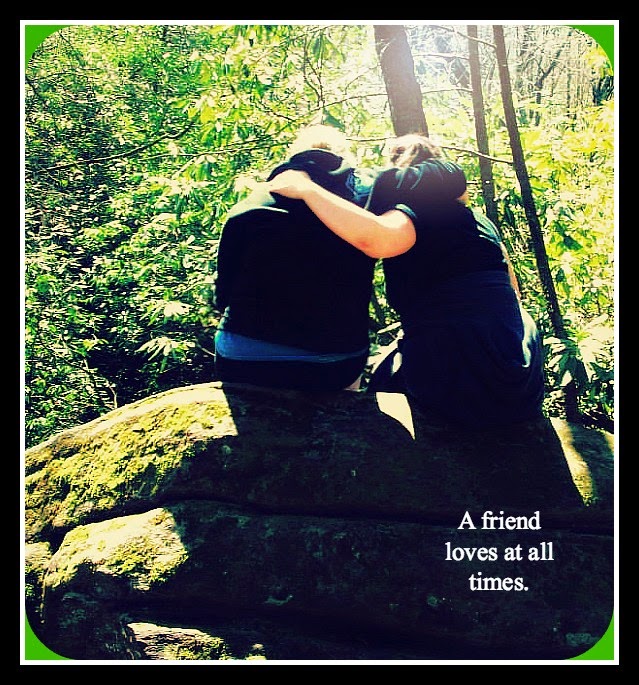