I'm a little tanner, a little blonder (the hair, not the brain) and a lot more tired. I've seen beautiful sandy beaches, gorgeous island flowers, and made friendships that will last a lifetime. But more than that, I've seen God work in amazing ways. I watched Him work in ways that seemed humanly impossible. I never knew 3 weeks could be so jam-packed with so much stuff. We did 3 VBS's, a youth rally, radio broadcast, was in more churches than I can count for services, went to 2 nursing homes, and did many other things. We were gone for both Christmas and New Years, but God chose us to use that time for His glory. But I'm getting ahead of myself. Welcome to a quick overview of the last 3 weeks of my life, and hopefully some pics if I can figure out how to get them in here :)
So we took of December 16th , 2012, from Charlotte. My seat buddies (Maeghan and Jessica) and I had a blast as we waited to be airborne. It was about a 3.5 hour flight (ish) but we were so excited, it passed fairly quickly. 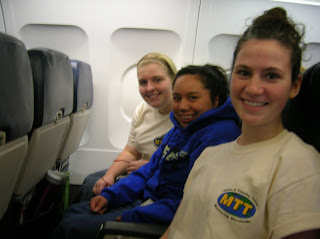 Our first view of Antigua--it was as pretty as any of us could imagine (for further proof,  see more pictures. I couldn't upload all of the 356 that are on my camera, but check Facebook for a lot more.) Anyway, all of a sudden, this trip seemed so much more real. We were almost here.. 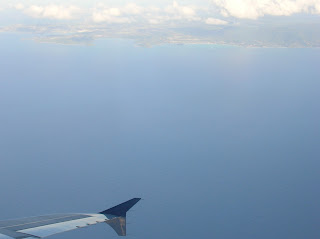 We stepped off the plane into 85 degree Fahrenheit, with about 90% humidity. For a Canadian girl, this is odd for January. And the airport was pink.

Anyway, we went to the missionaries house, practiced a little bit, and prepared for the next day. Our first service was at Maranatha Baptist church. We were still running on adrenaline, and were super excited to be able to serve the Lord in the Caribbean. 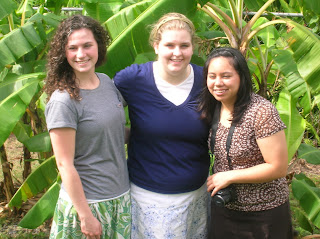 We did 3 different VBS's--talk about craziness. But through the times we spent, we saw 26 children get saved. 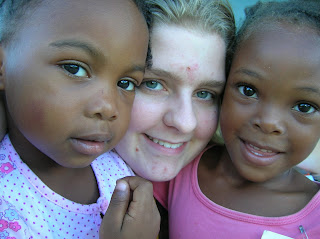 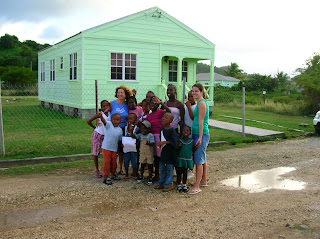 Since it was the Caribbean, I thought I should share some beach pics--even though that wasn't the main focus of our trip.  We went swimming several times and always had a blast. 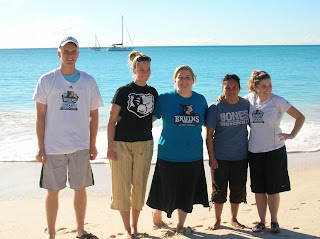 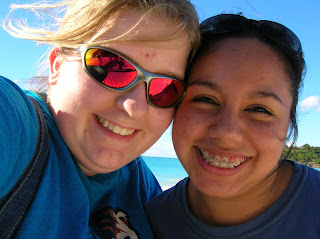 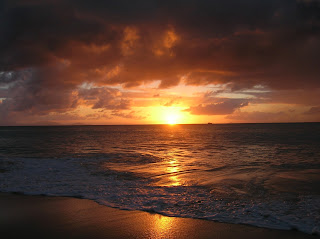 We watched God give us the strength and energy to get up when we couldn't keep going. There were so many times He had to carry us. 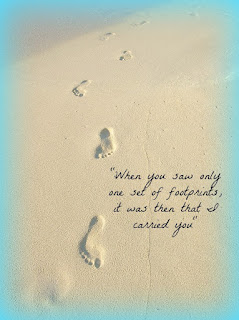 The 2 biggest things I learned on this trip is: a.) I re-realized that God is powerful and is always with us, and b) God calls us to be faithful in whatever task he gives us.
We had to do many things that we may have not been comfortable doing. I personally was ok with teaching a class of 25 3-5 year olds. I mean, I go to college to learn how to work with little people. I was also ok with all the music we did. I have played instruments for 16 years. Practice and playing isn't terrifying to me. The scariest thing we did (for me) was when we went street preaching. We went to down town St. John and stood in the center square thing. I had to give a testimony to a crowd of total strangers, some of which were drunk. As I shared what God had done for me, I felt God with me in such a powerful way. I knew that I had to share the Good News because God had saved me. After we finished, we went around and started handing out tracts. We had the chance to talk to many people. I never would have had the courage to sit down next to a total stranger on a bench and share God's love with Him without God's strength. Other people on the team were able to do the same thing. On our own, we couldn't have done that. Only through God's strength and power could we have done that. You can't tell me God doesn't exist. I have seen Him work in amazing ways. I have seen Him use us to do things I thought we could never do.
Also, this whole trip, I was thinking of the verse in I Thess 5:24--"Faithful is He that called you who will also do it." God could have used anyone in Antigua this Christmas season. He didn't need to use us. But because He chose to use us to share the Gospel, He provided for our needs. Whether it was financial or whatever, we all were able to share stories of how God took care of us. Some got an extra job. Others told stories of $1000 coming in the last week or two. However He chose to, God took care of us. God doesn't need to use any of us. But because He calls us to serve Him, He will be faithful to provide for us. My favourite quote is this: God doesn't call the qualified. He qualifies the called. He doesn't choose the brightest, best, most talented and spiritual Christians to serve Him. He chose me, and I am so thankful for the opportunity I had to go to Antigua and share the light of the Gospel with the people there. 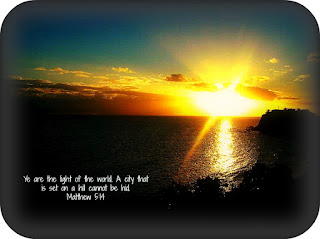